A Child With A History Of Extreme Trauma

My son spent the first 28 months of his life experiencing neglect, malnutrition and abuse in his orphanage.

It has occurred to me frequently that I have held a front-row seat to the “trauma chronicles” since my husband and I adopted our son 11 years ago and I sustained a life-changing injury of my own.

We adopted both of our children from overseas, and the unfortunate reality is that every adoption story begins with the trauma of abandonment.

This initial trauma can predispose children to an increased vulnerability to everyday stressors such as holidays and increased responsibility ― things that would be considered “typical” for most families.

In addition, my son spent the first 28 months of his life experiencing extreme neglect, malnutrition and abuse in his orphanage.

We suspect that he was kept alone in his crib for hours at a time, as he had virtually no rudimentary language skills, he recoiled from human touch and eye contact, and he lacked muscle tone to keep his body from toppling over in a seated position.

We also saw that any swift movement toward him would cause him to lift his hand in a defensive position.

This was concerning, but certainly nothing we couldn’t handle with awareness and sensitivity, we thought.

My husband and I both have degrees in mental health and school psychology.

We felt that if anyone could parent a child with a history of trauma, neglect and abuse, we could.

Plus, our daughter proved to be a hearty soul, and we hoped she would be a great role model for him.

My bloodhound-like tenacity to seek out early intervention and resources, my husband’s expertise, and our daughter’s delightful, humorous personality — these things, I felt, would surely bring our son up to par in the world, where he would hopefully thrive one day.

Yet despite all of my efforts, my son pushed me away. In the early days, he would throw his head back, regardless of what dangerous protrusion might be behind him, or turn his head to the side to avert having to look into my eyes.

He held a perpetual scowl and darkness behind his eyes, seeming to prefer being in another world somewhere — anywhere besides with a family attempting to love him.

I remember the time he tried to push my parents’ new kittens down the stairs and lock them into a box.

“Wow,” I thought. “He really needs constant supervision to avoid hurting himself or other living beings. He just doesn’t inherently care about anything.”

Fortunately, we had the financial resources and the foresight to know that our kiddo would require specialized interventions and that we would need a village to help him.

Still, it can be difficult to keep up appearances.

Never mind the reality I was living at the time, secretly hiding my loneliness and depression as I raised a child who I had deep concerns about, and who was difficult to connect with.

From a “typical” parenting perspective, there is nothing “normal” about raising a child who has experienced trauma. It is completely and utterly counterintuitive. (This does not even take into consideration that resources are virtually nonexistent for parents who find themselves in our situation.)

As the ruggedly independent, strong person I was, I attempted to swallow my loneliness and carry on. I took my son to medical and Applied Behavioral Analysis

Therapy appointments and maintained as “normal” a family life as I could.

I did all of this until a split-second distraction landed me in the hospital.

I suffered a climbing fall that was more than likely due to my own pent-up stress and anxiety. Even a severely fractured ankle, pelvis and back did not immediately funnel my thoughts toward my own well-being. In fact, while waiting for the paramedics to arrive, I continued to direct folks toward calling the several appointments my son would be missing because of my little mishap.

I have since read many articles alluding to the secondary post-traumatic stress disorder some parents face when they have children with special needs. 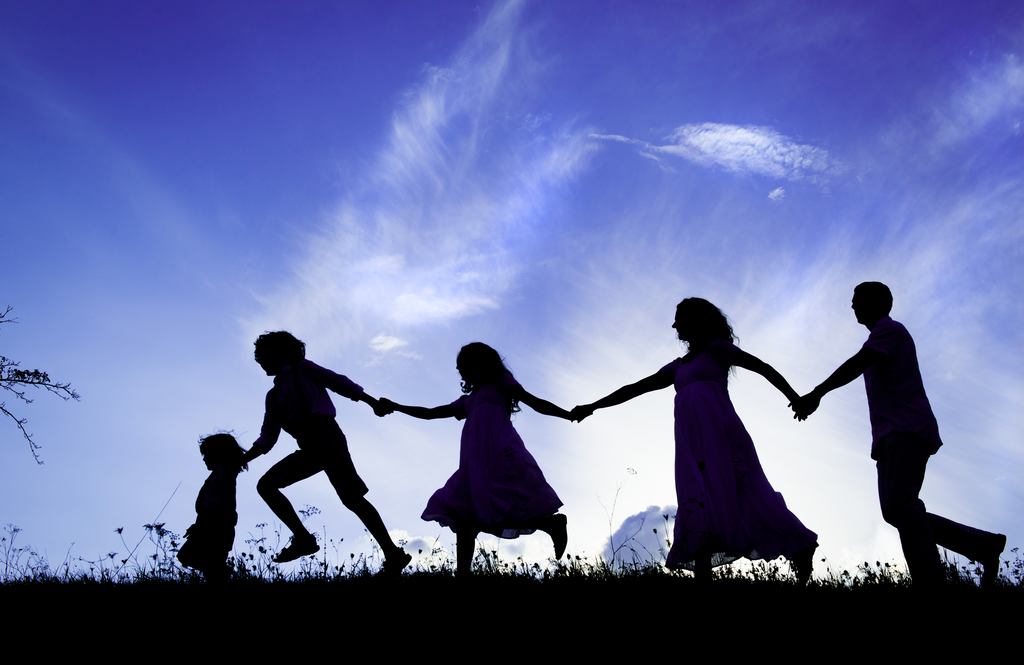 Let me tell you: That shit is real.

When serving on the Family Advisory Committee for Children’s Hospital of Wisconsin, I became friends with other parents who faced similar struggles ― isolation, depression, hypervigilance, fatigue, desperation. Parenting a child with special needs can be an all-encompassing, life-defining endeavor. Most people don’t end up in the hospital, however.

But I did. And that’s the thing about parenting: We just carry on.

Two years, 11 limb-salvage surgeries and three hospitalizations later, I ended up losing my leg below the knee. Folks rallied to help our family as I recovered ― including grandparents, friends, therapists, our church community and people from our kids’ schools. I would regularly send them information from my bed, trying to educate everyone about how to work best with my kiddo and to understand how the mind of a child of trauma operates. We have been fortunate enough to have caring, compassionate people along the way. It has been hard, but I have learned so much.

Life can be beautiful and awe-inspiring. It can also be painful and treacherous. There is a saying: “You never have to apologize for how you choose to survive.”

As a young mom parenting a child of trauma, this often involved retreating to the basement, blasting Alanis Morissette, and curling up in a ball to cry (as well as cracking open a beer at noon on occasion).

This road ain’t easy. It does take a village. We need more real villages these days, not just the ones online. Trust me.

Survival strategies for my son and many others like him often include coping mechanisms that can be harmful or destructive.

It can be easier to isolate, bury feelings through substance use, zone out in front of the TV or social media, or even hurl violent comments or images at others than it can be to look deeply into the eyes and heart of another human being.

Retired teacher David Blair recently wrote an open letter in which he pleaded with students to put down their phones and make friends with kids who eat lunch alone. I agree, wholeheartedly! But we also really need to do a better job of supporting parents and caregivers of kids with special needs. Obviously, this road ain’t easy.

It does take a village. We need more real villages these days, not just the ones online.

And to the “trauma mamas” and other parents out there feeling alone and isolated: Pay attention to the stirrings of your own heart and any difficulties you may be carrying.

Own them and work through them. Reach out to others to share and ask for help. As hard as it may be, don’t let the super-parent persona take over, or the perfection façade of social media keep you from connecting with others. (I am a prime example of how trauma can happen when you don’t connect and ask for help.)

Real, open human connection is what it is all about.

Six and a half years have passed since my accident, during which time we have been forced to slow down a bit. I haven’t been able to “do it all,” which, in retrospect, has been a blessing.

My husband has had to share some of the kid-appointment responsibilities because I have acquired some appointments of my own, and quality time spent with family and friends has become golden. It isn’t easy to accept help, much less ask for it ― but the value I have learned in having caring people step forward in my life has been priceless.

Slowing down has also taught me to listen with my ears, eyes and heart. When my son’s behaviors are out of control,

I look into his eyes and see fear. Fear of not being good enough or not being in control.

It is no coincidence when I notice these feelings come full circle to bite me in the ass.

I often think about what would have happened if I had talked about my struggles prior to my accident, if I had paid attention to my own well-being. Trauma begets trauma, I have learned. The antidote? Mindful awareness and connection.

Our family has learned so much and grown in ways I would never have imagined. My once resistant kiddo does his homework right after school. He has a good friend and is learning to be a good friend. He even snuggles with our cat and feeds him every day. He is learning the value of connection. We have weathered the storm and continue forging on.

There are always new things to learn.

“Compassion is the radicalism of our time,” the Dalai Lama once said. I believe this to be revolutionary and true.

Trauma will continue to be a regular occurrence unless we make human connection intensely personal. We need to be present, and to learn from one another with all that we are.

We need to understand the generational trauma that some people continue to carry and help unpack it in ways that truly open our hearts and minds.

If we do, I think the reward will be not only immediate, but it will affect generations for years to come.