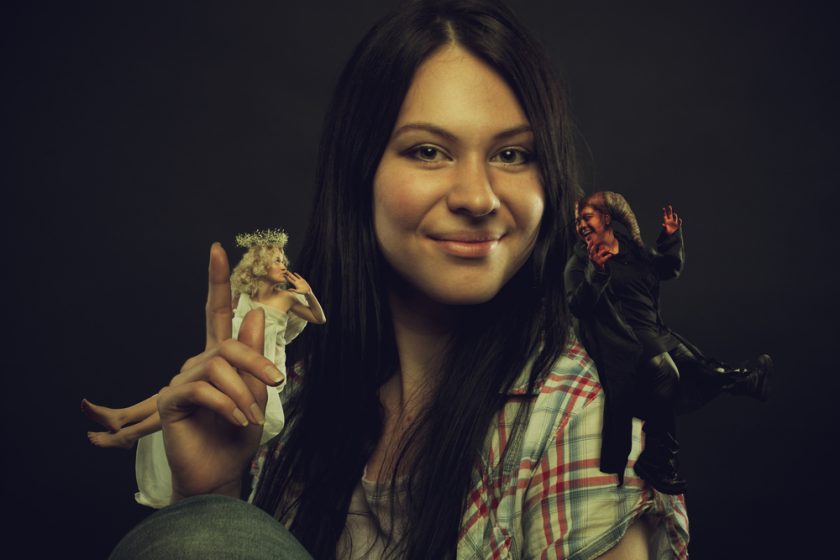 Today’s students have more moral dilemmas than children had in the past.

Sometimes it is not possible for you to think about what is good or bad, right or wrong.

Moral Dilemmas: Hear no evil, see no evil and speak no evil’

Most of the time something is considered a moral dilemma when it is not something that you want to do either way.

This is something that is even more challenging for students because they have not developed entirely mentally and have a harder time figuring these types of issues and problems out.

There are many different types of moral dilemmas that each person has. Here are some of the most common ones.

Moral Dilemmas: Cheating – One of the things that are hardest for students is the moral dilemma of whether or not they should cheat.

Most students feel like there is so much pressure on them from family and teachers that when they are overwhelmed the temptation to cheat is enormous.

Dating Dilemmas– There are many different dating dilemmas that students face.

One of the most common dating dilemmas happens when two friends like the same person.

If both friends go after this person, they could end up losing their friendship because when one gets jealous this could be the result.

The best bet is for the friends to be honest about their feelings.

The other colossal dating dilemma that is faced by young people is how they are going to behave morally.

Sometimes they might even feel as though there are many different things that they could spend this money on.

The temptation to “steal” or “sneak” money from others is genuine as well.

There is a lot of mental conflict for the students when they are faced with some of these events.

Students have to choose between two things with each of these situations.

Adults that the student’s respect can play a huge role in helping them to make the right decisions.

While parents are not able to be with their students all of the time, they can prepare their students for these types of situations and talk to them about what the right choices would be.

The best way to prepare your children for these types of situations and moral dilemmas is to talk to them about the circumstances.

It is vital that you talk to your child about the details but that you do not tell them what they should do.

Instead, you should ask them questions about what they think that the right choice should be.

Explain to your child that there are no black and white in all situations but rather that some conditions will be in the gray area and that they might not know how to handle themselves.

Encourage them to talk to you or any adult whom they respect for help in these tough situations.

The following quick tips to teach your children about morality can really help you in this process.

The first is that you must help you child identify the morals that are important to them and what they want to stand for. 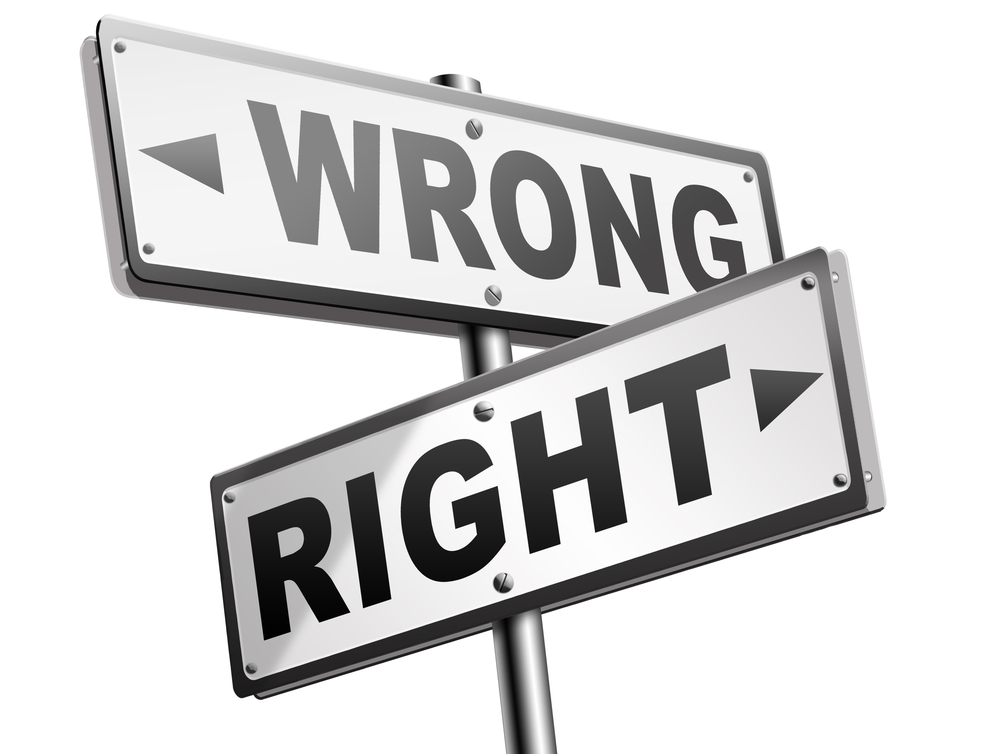 Remind your child that these can be different for everyone and share yours for inspiration.

Do not judge what your child chooses even if it is not what you would have had in mind for him or her.

Modeling these moral behaviors is also key because children learn best from what they see and their parents are their biggest models.

Tip three is to make sure that you have a strong and healthy relationship with your child.

The stronger your relationship is the less your child is going to feel torn by moral dilemmas.

Make sure that your children understand what your morals are.

Explain them to them and define the things that you are most interested in.

The fifth tip is that you should give your children positive reinforcement.

When they choose to do something right you should reward them with something positive even if it is just telling them how proud you are of them for their choice.

Finally you need to make sure that your children have good role models.

Help them choose the right type of people to look up to.

Once upon a time in the middle of a thick forest flowed a big river. In the middle of the river there was a beautiful island covered with Mango, Jack fruit and other fruit trees.

A clever monkey lived by himself near the river banks he was very strong and was also a good jumper there happened to be a rock sticking out of the water halfway between the bank and the island.

Although it looked impossible the clever monkey was used to jumping from the riverbank to the rock and from the rock to the island he would eat fruits all day haha these fruits keep me young and energetic and then return home by the same route each evening thank god for this stone if it was not here i would not be able to relish these tasty fruits A crocodile couple lived next to the same river mr. and mrs. crocodile they were expecting their first brood of baby crocks my dear nowadays i have cravings to eat strange food i am bored of eating the fish that you bring every day because she was pregnant Mrs.

Crocodile wanted to eat different things so she made unusual demands on her faithful husband just like the other animals Mrs. crocodile was amazed at the way the clever monkey jumped back and forth to the island I wonder how the monkey is managing to go to be other side of the river for the fruits why do you worry about that it’s none of our business one day it so happened that mrs. crocodiles tasted a fruit which was floating in the river ah this fruit is so tasty i have never ever tasted something like this in my life nothing can compare to the taste of this fruit come on stop your boasting listen if this food tastes so good then the monkey who’s living on this fruit must be enjoying his meal everyday she developed a sudden craving to eat the heart of the monkey she told mr.

Crocodile about her desire darling i think the heart of the monkey would be very tasty because it eats only these fruits every day what the monkeys heart as you in your senses do you realize what you’re talking about i do not know anything i want to eat the monkeys heart it’s not possible to catch a monkey do you think it’s an easy task I don’t want any excuses somehow please get me the monkey’s heart -to-please her he promised to get the monkey’s heart ok ok i will somehow try to get the heart for you mr.

Crocodile began thinking seriously are you thinking of a plan can I help you know I’m very good at giving advice will you please stop and leave me alone to think of a plan mr. crocodile thought for some time and suddenly he said aha I’ve got an idea let me try it out tomorrow morning now i can sleep peacefully the next morning mr. Crocodile when swimming near the rock and lay down on the rock between the riverbank and the island let me wait here for the monkey to come he waited for the clever money to return that evening planning to catch him as usual the clever monkey spent the whole day on the island what a a lovely place oh oh – its time to return to home bye trees see you tomorrow the monkey was about to cross the river but he noticed that the rock seemed to have grown it was higher above water than he remembered hey i’m noticing something different something fishy let me investigate he investigated and saw that the river level was the same as in the morning yes the rock was definitely higher no no no i should be very very careful about water level is the same but the rock has incrased in size and has come up higher so let me check monkey carefully studied the rock immediately he suspected that the cunning mr.

Crocodile was behind this mischief oh my thank God I was a bit cautious or else my now I would have been in the heaven talking to my ancestors let me check to find out for sure he called to the rock hi there mr.rock, how are you he was greeted with silence again he uttered the same words on hearing this mr. crocodile was confused what is it possible that this rock can talk now what do i do the monkey yelled for the third time hi there mr.rock, how are you come on speak out then he shouted you used to answer me when i speak to you but today you say nothing what’s wrong with you mr. rock have I done anything wrong to offend you please speak out mr. crocodile thought no doubt on other days this rock used to talk to the monkey I suppose it’s frightened now because I am lying on it I can’t wait any longer for this dumb rock to speak i was just had to speak for the rock and tick the monkey then he shouted mmm…am fine mr.

Monkey I am NOT angry with you my throat has been infected that’s why I did’nt reply for some time what did you wantwho ae you without thinking the crocodile replied I’m mr. crocodile why are you lying there i’m waiting to take your heart there’s noescape for you mr. monkey the clever monkey thought ah he’s right there’s no other way back to the riverbank I am trapped but somehow I have to escape i have to trick him but how mr.

Monkey thoughtfor sometime yes I have it I have seen that crocodiles eyes close when they open about their moth wide then he yelled mr.crocodile my friend it looks like you’ve got me so I give you my heart open your mouth wide and take it when I come your way that’s goodmy boy mr. crocodile opened his mouth wide and immediately squeezed his eyes shut when the clever monkey saw this he immediately jumped onto the top of mr. crocodile’s head and then instantly to the riverbank when the crocodiles realized he’d been outsmarted he admired monkeys victory like a good sport in a contest he praised the winner he said mr.

Monkey my intention towards you was unwholesome I wanted to kill you and take your heart just to please my wife but you only wanted to save yourself and harm no one I congratulate you saying this mr. crocodile swam back when he reached his home mrs. crocodile learned what had happened at first she was angry with him but when the little ones came they forgot their troubles for awhile the the moral is a good loser is a true gentleman once upon a time there was a cruel monkey king who ruled in the himalayas all the monkeys in his band were his own wives and children he was afraid that one of his son might grow up and take over his kingdom

Can you really tell if a kid is lying?

How to Teach Your Child to Tie Shoelaces

Love Of Reading In Your Children

No Child Left Behind