Medications during pregnancy and breastfeeding 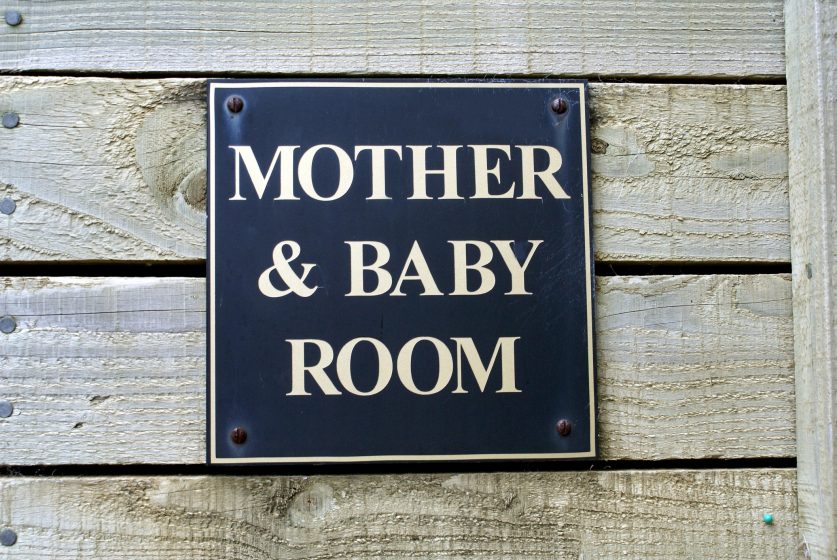 An estimated 83% of new mothers in the United States breast-feed at some time during the postpartum period. Globally, more than half of women take one or more medications in the months after delivery — and the figure may be much higher in the United States.  Using the more conservative estimate of 50%, up to 1.5 million lactating women who gave birth in the United States in 2017 and their infants were exposed to medications and their potential effects. But since few clinical studies have explored the effects of drugs on lactation or on lactating women and their children,  health care providers often lack the evidence they need to counsel women on medication safety and breast-feeding.

Over the past several decades, various organizations have recognized the paucity of data in this area and tried to address it. In 1983, the American Academy of Pediatrics (AAP) Committee on Drugs identified and reviewed the secretion of pharmacologic agents in breast milk and the potential effects on infants, and the AAP issued subsequent consensus reports on this topic in 1989, 1994, and 2001.

In 2006, the National Library of Medicine launched the online database LactMed (lactmed.nlm.nih.gov), which has been critical in providing both clinicians and patients with information on the effects of various drugs on lactation and on the levels of these substances in breast milk and infant blood. LactMed relies on a consensus panel to review the scientific literature about individual medications; the panel then makes educated decisions regarding which medications may be safe during lactation, which medications require lactating women to discard their breast milk, and which medications may be suitable alternatives to those currently used.

Regrettably, the information available to guide these decisions is limited at best: 54% of the 1408 products in the LactMed database as of November 2018 had accompanying recommendations that were based on no lactation-specific data, and only 2% had recommendations that were based on strong data. Similarly, when the Food and Drug Administration (FDA) looked at 575 prescription drug and biologic products with labelling approved between 2015 and 2017, it found that only 15% of products included data on human lactation.  Lactation-related post marketing studies had been performed for only 11 products, and these studies enrolled a combined total of 27 lactating women.

The importance of including pregnant and lactating women in clinical research has been recognized since at least 1985, when it was addressed in a report by the Department of Health and Human Services (HHS) Task Force on Women’s Health Issues. It wasn’t until two decades later, however, that the FDA published guidance for industry on conducting studies in lactating women, and another 10 years elapsed before the agency sponsored national meetings on the safety of drugs used during lactation.

Finally, in 2017, the 21st Century Cures Act established the Task Force on Research Specific to Pregnant Women and Lactating Women to evaluate the safety of medications and biologic products used during pregnancy and lactation and provide recommendations to the secretary of HHS.​

The group’s report, published in September 2018, highlights the lack of data on the safe use of medications for pregnant and lactating women. In a review of original research-based articles published between 2006 and 2017 — including basic science and pharmacokinetic and pharmacodynamic studies; randomized, controlled trials; cohort studies; and case series and reports — the report identified roughly 7000 articles related to pregnancy and only 340 addressing lactation.

In keeping with these findings, federal funding allocated to research on breast-feeding, lactation, and breast milk has been extremely limited. In 2017, National Institutes of Health (NIH) funding for research on these topics totalled $92 million, or 0.3% of the agency’s budget. In comparison, the NIH spent almost $6 billion on cancer research and $1.1 billion on diabetes research.

Medications used during lactation are considered “on label” when they are used for an indication for which the FDA has approved their use in nonlactating women. Women with hypertension, for example, commonly take antihypertensive medications during pregnancy and post partum. Unfortunately, although studies of the effects of such medications in lactating women are feasible,  the lack of existing data hinders both dosing and counseling.

Changes in women’s physiology and in milk composition during the postpartum period add to the complexity of optimizing dosing and evaluating safety. In addition to studies on maternal pharmacology and transfer of substances to infants, there is a need for research that captures the effect of changing maternal physiology as well as differences in the levels of various medications in foremilk (initial milk) and hindmilk.

Another challenge facing lactating women and their physicians is that some lactation-specific conditions, such as inadequate milk supply, lack FDA-approved therapies. As a result, women use medications approved for other conditions or dietary supplements to address lactation-related issues. For example, metoclopramide, a medication used in gastroesophageal reflux disease, is commonly used off label in the United States for increasing milk supply.

Its efficacy for this indication is unclear, however, and it carries a risk of serious side effects, including depression and heart palpitations. The herbal supplement fenugreek has also been cited as improving milk supply, but dietary supplements don’t require FDA review or approval. The effect of such products on long-term maternal and child health is therefore unknown.

Despite these challenges, there are opportunities that could substantially improve our understanding of the effects of medications on lactation. Since many women take both prescription and non-prescription medications while breast-feeding, opportunistic studies are a viable option for evaluating dosing, efficacy, and safety. Inclusion of lactating women in phase 1 and 2 clinical trials would also provide information regarding dosing and efficacy.

Studies focused on pharmacodynamics and pharmacokinetics can be performed on fairly small cohorts of patients and still provide data regarding drug dosing and safety.  These studies could be followed by larger-scale, phase 3 and 4 clinical trials for indicated therapies.

The benefits of breast-feeding for both mothers and infants have been well documented and include reduced infant morbidity and mortality and lower rates of childhood infections, leukaemia, obesity, and diabetes; potentially improved cognitive development among children; and reduced rates of maternal premenopausal breast cancer, diabetes, and osteoporosis.

We are fortunate that in the United States, barriers to breast-feeding have been reduced as a result of federal efforts to facilitate lactation in the workplace.  Finally, as of 2018, all 50 states have laws that specifically allow women to breast-feed in any public or private location. In addition, professional societies such as the AAP recommend exclusive breast-feeding for the first 6 months after birth.

Given the national push to encourage breast-feeding, women who are lactating will probably represent a growing percentage of the population. Despite this trend, we are no closer to answering the question, “Is it safe?” for many medications used during lactation. In the absence of clinical and pharmacologic studies that include pregnant and lactating women, health care providers will continue to counsel their pregnant and lactating patients without adequate information on the safety, efficacy, and appropriate dosing of therapeutic products. Given the ultimate impact of breast-feeding on more than 80% of the U.S. population, efforts to fill the void with definitive conclusions about safety are critical for public health.

MEDICATIONS YOU’RE TAKING ARE SAFE IS ALWAYS IMPORTANT. BUT DURING PREGNANCY AND BREASTFEEDING EXPERTS SAY THE CONVERSATION SHOULD BE AN EVEN BIGGER PRIORITY. IN TONIGHT’S HEALTHBEAT, KELOLAND’S SOPHIE ONE STEP TO MAKE SURE HER BABY ARRIVED HEALTHY WAS CHECKING WITH HER DOCTOR TO SEE IF HER MEDICATIONS WERE SAFE. “WITH ANY MEDICATION THERE’S CONCERNS EVEN IF YOU’RE NOT PREGNANT, AND SO TO BE ABLE TO ASK MY DOCTOR ABOUT THOSE IS VERY HELPFUL,” BAKER SAID. NOW THAT BAKER’S BREASTFEEDING HER DAUGHTER THE CONCERN ABOUT MEDICATIONS DOESN’T GO AWAY. “IF YOU GET A THING TO CONSIDER WHEN IT COMES TO MEDICATIONS DURING PREGNANCY OR BREASTFEEDING IS THE RISK VERSUS THE BENEFIT. “WHAT ARE THE BENEFITS OF THE MEDICATION? AND DO THE BENEFITS OUTWEIGH THE RISK TO YOU AND BABY,” DR.

ABREA ROARK SAID. WOMEN WHO TAKE PRESCRIPTION MEDICATIONS AND BECOME PREGNANT SHOULDN’T IMMEDIATELY DISCONTINUE TAKING THEM. INSTEAD DR. ABREA ROARK SAYS THEY SHOULD SPEAK WITH THEIR DOCTOR ABOUT WHAT THE SAFEST HEALTH PLAN IS FIRST. “I THINK COMMONLY WE’LL HAVE A LOT OF PATIENTS ON AN ANTI-DEPRESSANT OR SOMETHING ON THE SSRI SPECTRUM. A LOT OF THOSE MEDICATIONS, WOMEN WOULD DO BETTER IF THEY WEANED THEM,” ROARK SAID. IF YOU’RE BREASTFEEDING, SHE SAYS IT’S IMPORTANT TO MAKE SURE YOUR DOCTOR KNOWS, TO BE SURE YOU’RE GETTING A MEDICATION THAT IS SAFE FOR YOU AND YOUR BABY. “I DO THINK OVERALL A LOT OF OUR MEDICATIONS ARE PRETTY SAFE IN BREASTFEEDING.

LIKE THE EXCRETION WOULD HAVE TO BE REALLY HIGH TO HAVE BABIES BE AFFECTED, EVEN WITH MOMS ON ANTIBIOTICS OR YOU KNOW, STEROIDS,” ROARK SAID. ROARK SAYS WHETHER IT’S OVER THE COUNTER OR PRESCRIPTION, TALKING WITH YOUR DOCTOR CAN HELP PROVIDE THE SAFEST PREGNANCY PLAN FOR YOU. WITH HEALTHBEAT.

By Mary Sheep
About the author